Last week I was in Copenhagen, Denmark for a conference. Autumn in Denmark is so colourful! We had a couple of days at the end of the week to look around the city and to do all of the ‘touristy’ things.

Being autumn, it was a little bit cold. But the sun came out towards the end of the week. The hotel was very nice – not surprisingly it featured a lot of Scandinavian style furniture. The table below was my workspace for a few days. If you’re ever in Copenhagen, I can recommend Hotel SP34. It’s right in the heart of the city, so everything that we needed and wanted to do was within walking distance. 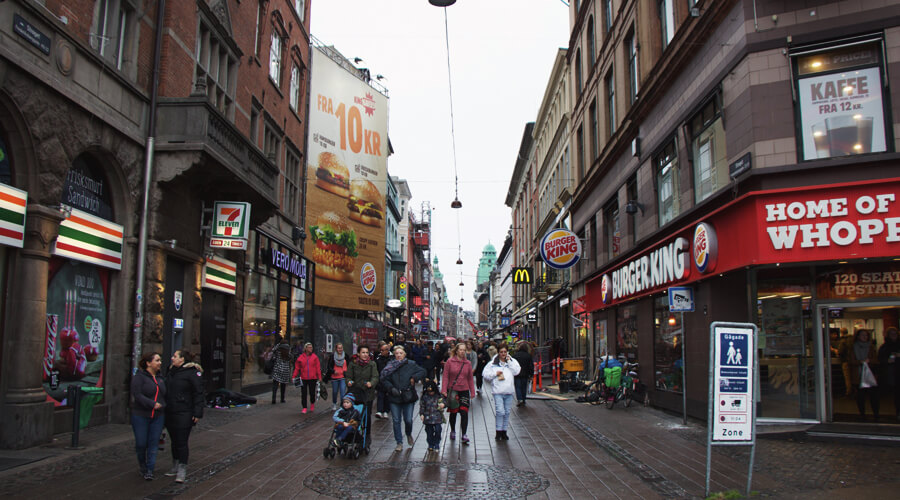 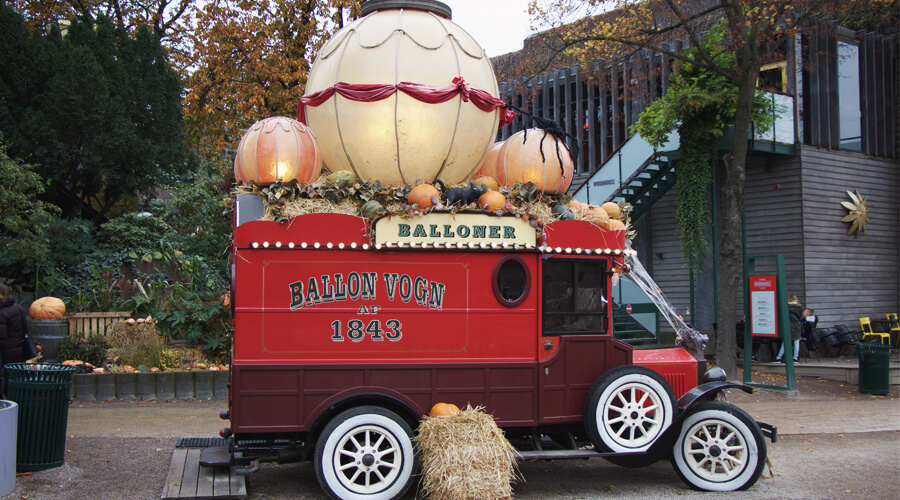 In the center of Copenhagen is a garden called Tivoli. Tivoli is only open 2-3 times a year, including a 3 week period building up to Halloween. The entire garden is filled with carved pumpkins and everything Halloween related. Although the locals assured me that Denmark doesn’t really celebrate Halloween, one step inside Tivoli had me doubting them. There was also a theme park inside Tivoli, which is open until 11pm. We went back just before closing to go on the highest ride. In between a few strong words from me about the height, there was actually a really cool view of the city up there. 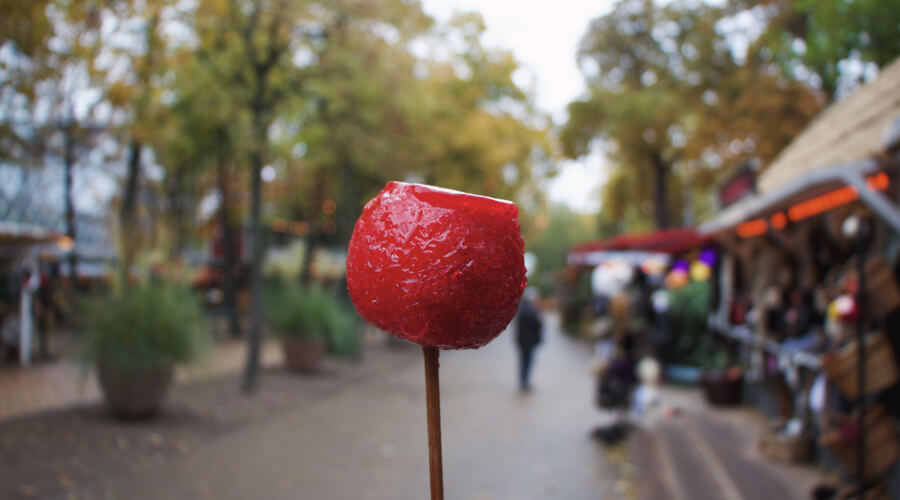 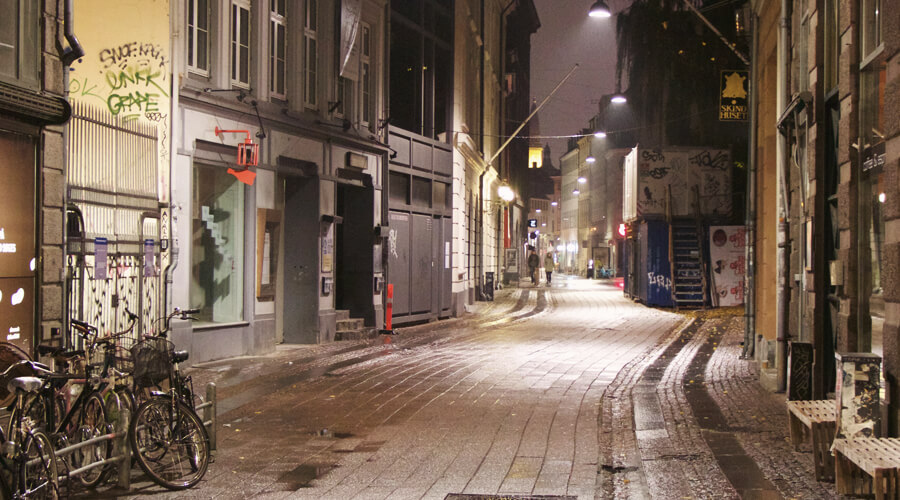 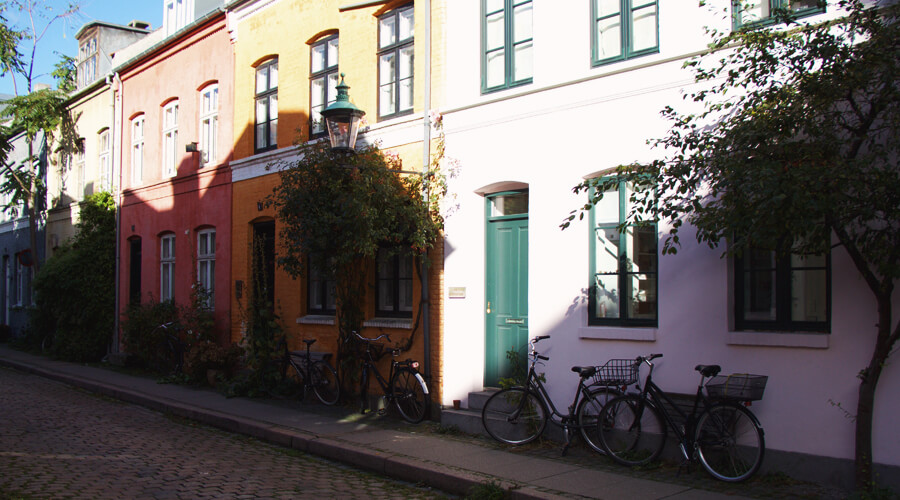 Working for a company founded in Denmark meant that I knew exactly where to go and what to see. When the sun was out at the end of the week, we ticked off all of the interesting sights and activities. Including castles, royal accomodation, the little mermaid, old army barracks and the colourful waterfront. 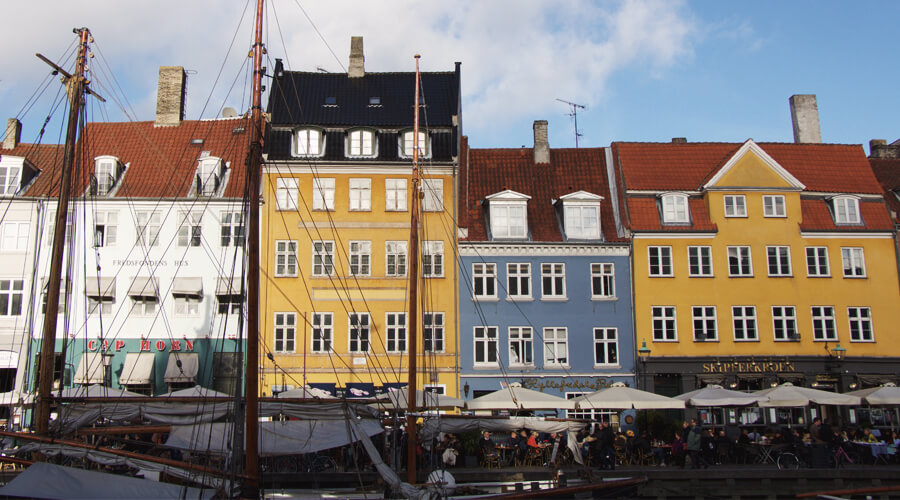 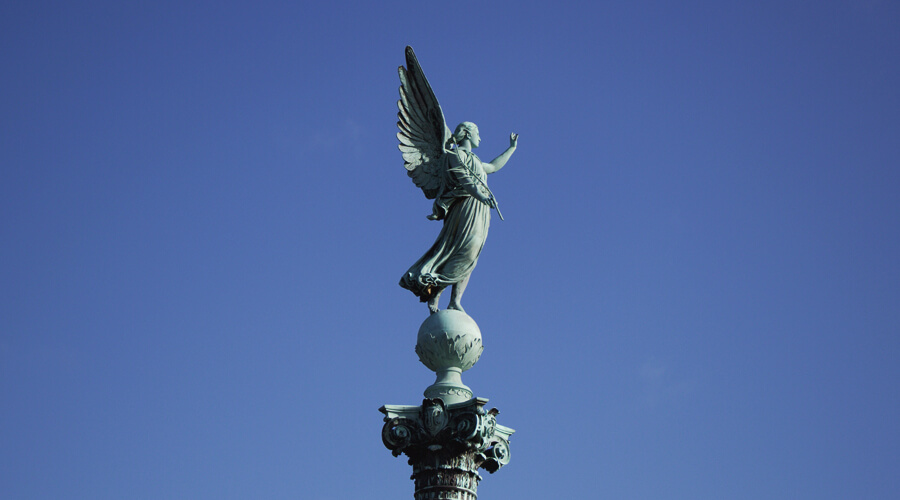 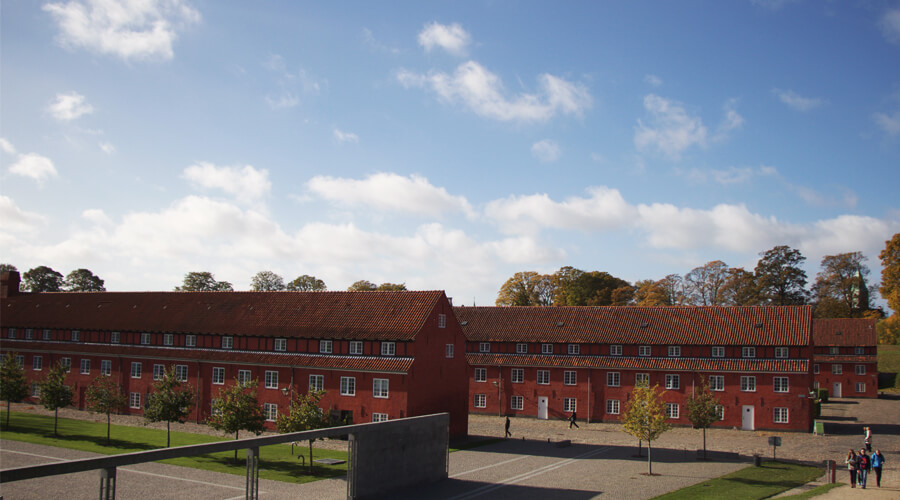 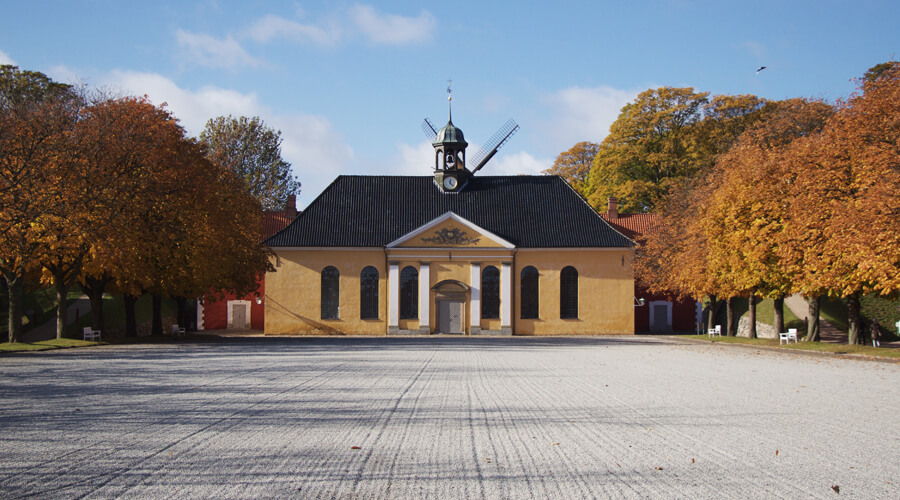 The Nyhavn waterfront has to be the most photographed area in Copenhagen. Constructed in the 17th century, Nyhavn is lined with restaurants, buskers and tourists. We enjoyed a nice lunch there after walking around the city.

The colours of the buildings lining the canal are amazing, and the buskers are all great. 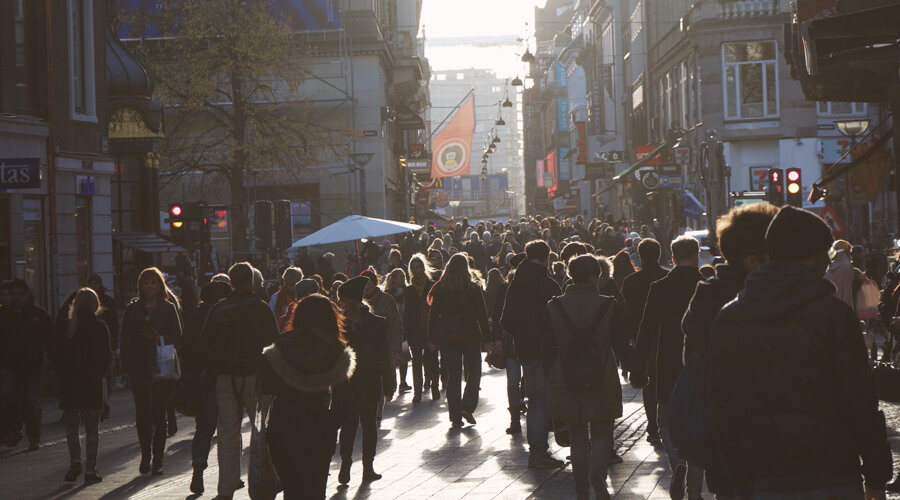 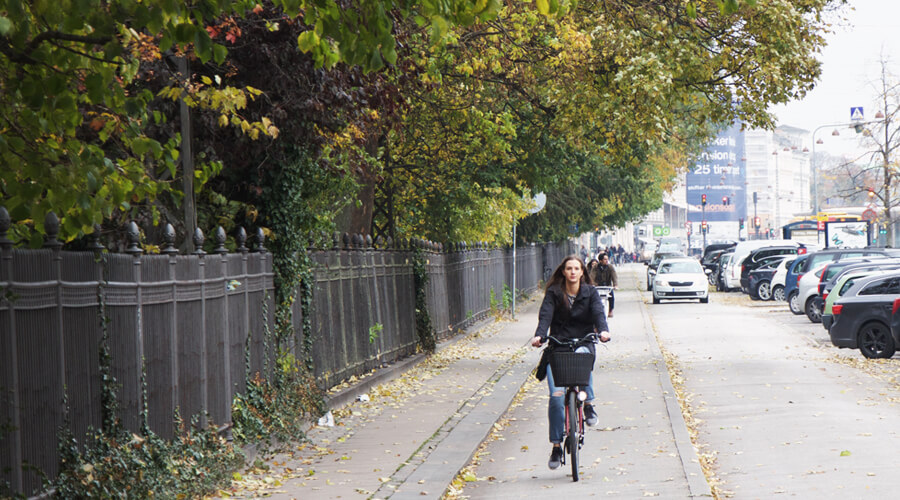 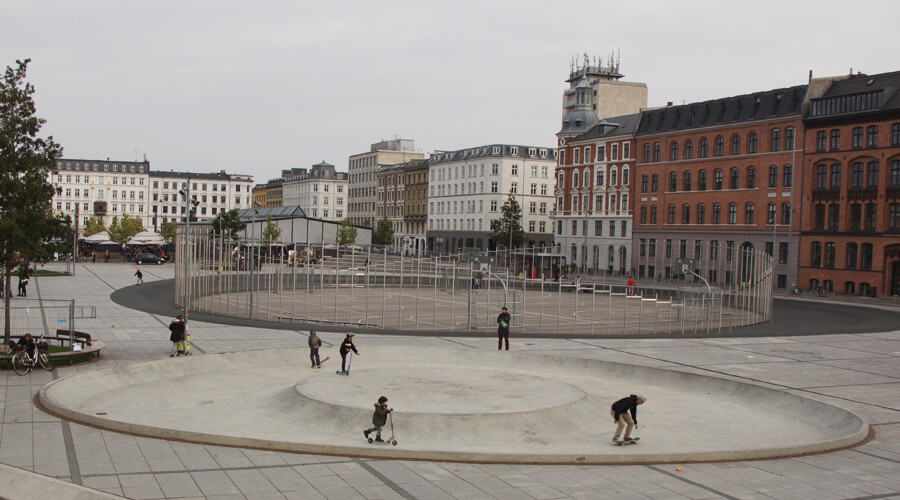 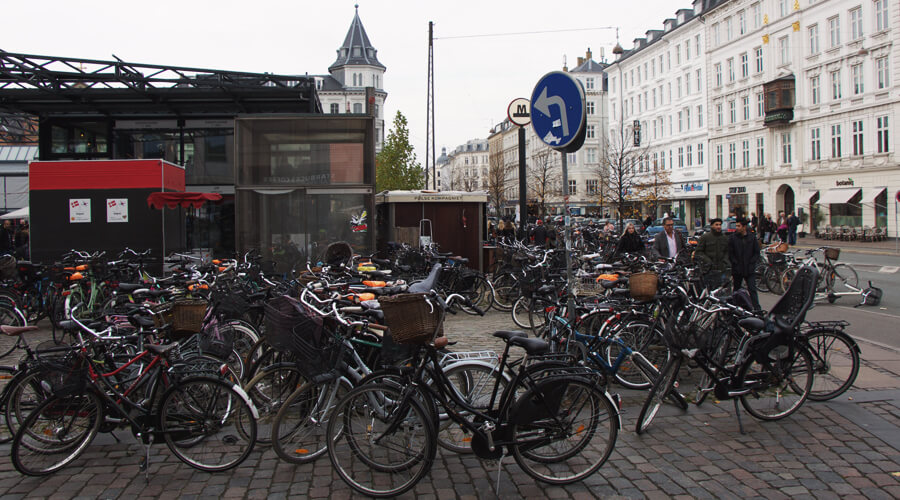 Like a lot of European cities, there seems to be more bikes than humans in Copenhagen. It took a day or two to remember to not walk in the bike lane. 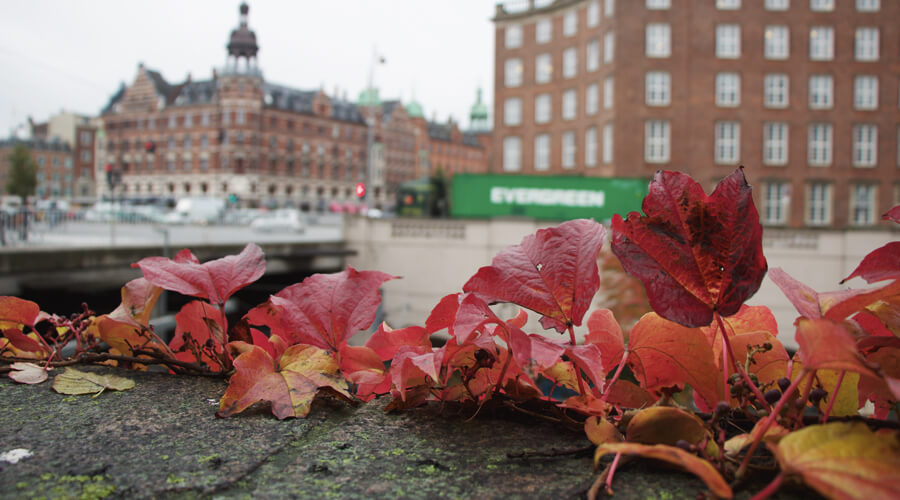 As I mentioned at the beginning, autumn in Denmark was pretty amazing. It may not be tanning weather, but the colours on all of the trees, the bars and restaurants certainly make up for it. 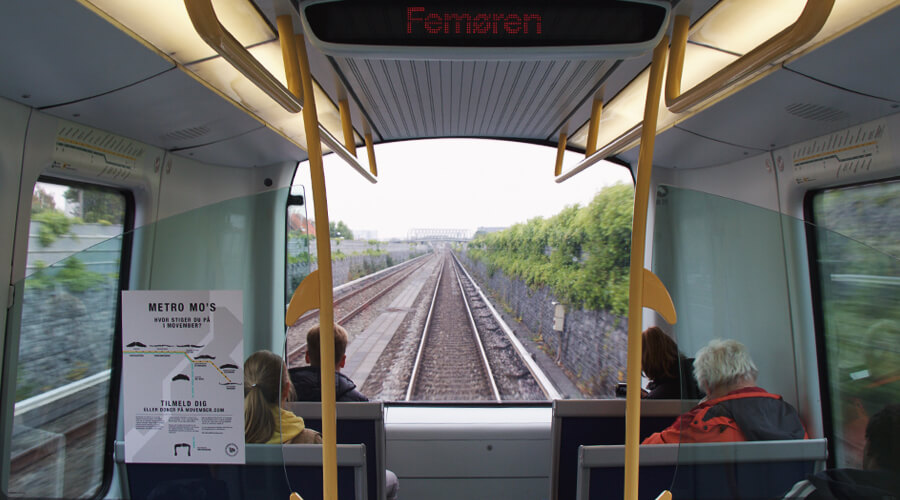 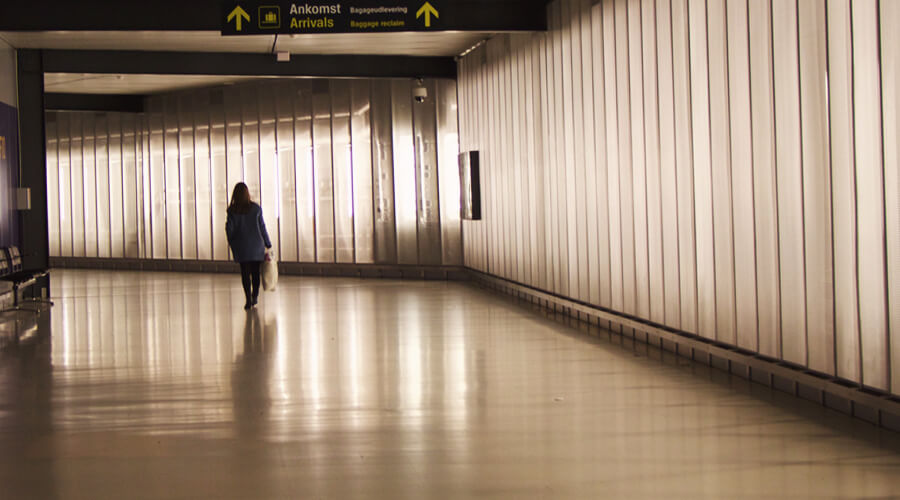 I’d love to explore more of the country, not just Copenhagen. Denmark is well known to be one of the happiest and friendliest places on the planet, so it would be great to spend some more time there.

The next stop looks like it will be the Czech Republic!